Founded by businessman Thomas M. Siebel as a private-sector response to a critical public health issue, the Meth Project has been cited by the White House as one of the most effective prevention programs and a model for the nation. Named the 3rd most effective philanthropy in the world by Barron’s in its global ranking, the organization has been credited with significant declines in teen Meth use in several states.

As the solely dedicated Meth prevention program in the state, our efforts are vital to ensuring Montana teens are armed with the facts about Meth. As the drug's supply and purity have intensified over the years, it has only made our work more important. More Montanans are at risk of addiction, violence, overdose, and death.

Despite the hurdles, we are reducing teen Meth use:

WHAT IS THE MONTANA METH PROJECT?

The Montana Meth Project is a large-scale prevention program aimed at reducing first-time teen Meth use through public service messaging, public policy, and community outreach. Founded by the Thomas and Stacey Siebel Foundation, the Montana Meth Project is a private-sector response to a critical public health issue. The Meth Project has been cited by the White House as one of the most effective prevention programs and a model for the nation.

Central to the integrated, research-based campaign is MethProject.org, a definitive source for information about Meth for teens. MethProject.org is supported by hard-hitting television, radio, print, online, mobile, and social media campaigns that communicate the risks of Meth use.

The Meth Project has been credited with significant declines in Meth use, and was named the 3rd most effective philanthropy in the world by Barron's. Since the Project's launch, teen Meth use has declined 65% in Arizona6, 63% in Montana7, and 56% in Idaho8. Six additional states have / had implemented the Meth Project prevention programs: Colorado, Georgia, Hawaii, Idaho, Montana, and Wyoming.

In Montana, where the program launched in 2005, young people's attitudes toward Meth are changing. Montana teens and young adults have come to view Meth as more dangerous and recognize the Montana Meth Project as a key source of information about the drug.

Every day, people are faced with the decision to try Meth. Many perceive benefits in using the drug, but little to no risk. This is the root of the problem. The goal of the Montana Meth Project is to arm teens and young adults across the state with the facts about methamphetamine so that they can make well-informed decisions when presented with the opportunity to try it.

The Meth Project's campaigns are informed by six years of extensive quantitative and qualitative research with prevention experts and more than 50,000 teens and young adults through 60 national and statewide surveys, and 112 focus groups and have been developed in consultation with top experts in research, prevention, treatment, advertising, and digital media.

The Montana Meth Project's integrated campaign is designed to reduce Meth use by educating teens, early and often, about the risks of the drug. The centerpiece of its research-based campaign is MethProject.org, a definitive source for information about Meth for teens. Through an immersive multimedia experience, MethProject.org addresses teens' most frequently asked questions about the physical, mental, and social impacts of Meth. MethProject.org is supported by hard-hitting television, radio, print, online, mobile, and social media campaigns that graphically communicate the risks of Meth use.

The Meth Project's campaigns have been cited for their uncompromising approach and demonstrated impact, having won 50 awards, including 11 Gold ADDY Awards, 19 Silver ADDY Awards, 2 Gold Effie Awards, and the Cannes Lions Award at the Cannes International Advertising Festival.

Amy Rue, Executive Director
Amy Rue is the Executive Director of the Montana Meth Project. In that role, Amy directs the Project's fundraising initiatives and works with the Board of Directors to manage media, community awareness, public relations, and public policy programs.

Lisa Downs Bullock, Board of Directors
Lisa Downs Bullock is the former First Lady of Montana and serves on the Board of the Lewis & Clark County Community Foundation, an organization that provides financial support to charitable projects in the greater Helena area.

John W. Parker, Board of Directors
John W. Parker is the Cascade County Attorney who cites Meth as one of the greatest risks to today's teens. He is a vocal advocate for education and prevention programs that keep teens safe and away from the drug. "We need to continue providing leadership in eradicating this horrible drug from our state," he says.

Major General (ret) John F. (Gene) Prendergast, Board of Directors
Gene Prendergast is Major General (retired) of the Montana National Guard. He believes, "Meth addiction and production is not only a curse in Montana and the United States, but a curse that is running so rampant that it is quickly becoming a priority one society concern."

Barbara Ranf, Board of Directors
Barbara Ranf is the former Executive Director of State Government Affairs for BNSF Railway Company for Montana and Idaho.

Prior to joining the Montana Meth Project she was the principal fundraiser for the Tom Ridge Pavilion in Pennsylvania to honor Ridge's appointment as the nation's first Homeland Security Secretary. She has served as Director of Alumni Relations at Blair Academy, as well as serving as a member of the Board of Governors for eight years under Chairman Jack Bogle of The Vanguard Group. She has coordinated sponsorship and marketing activities at several of the world's most prestigious sporting events, including The Masters, The Mercedes Benz Cup and The U.S. Open. Amy lives in Missoula.

He joined Lee in 1983 as a college intern at The Southern Illinoisan in Carbondale while earning a degree in journalism and advertising at Southern Illinois University. He was appointed advertising manager at The Southern in 1988 and in 1990 became advertising manager of the Herald & Review in Decatur, Illinois. In 1992 he became the advertising manager of the Quad-City Times in Davenport, Iowa. He returned to Decatur in 1997 as general manager, becoming publisher in 1998. In 2000, he was appointed publisher of the Billings Gazette. In February 2002, he received group leadership responsibilities. In May 2005 he was named a Publishing Vice President. He currently is the Chair of the Board for the Billings Chamber of Commerce as well as his duties as Chairman of the Board for the Montana Meth Project. In April 2009, Mike was honored by the Billings Clinic receiving the "Friends of Billings" award.

Lisa Downs Bullock was born in Helena, Montana, and is the oldest of six children. She attended Helena public schools and earned a bachelor's degree in mathematics and computer science from Carroll College in Helena and began working on her master's degree in applied mathematics at the University of Southern California in Los Angeles. She has worked for IBM, Northrop Grumman, MAXIMUS and has taught high school mathematics. Currently she is an IT project manager for CourtViewJustice Solutions, a company that engineers, installs and supports justice information and process management systems.

Mrs. Bullock serves on the Board of the Lewis & Clark County Community Foundation, an organization that provides financial support to charitable projects in the greater Helena area.

The Bullock's have three children: Caroline, 11; Alexandria, 9; and Cameron, 7. In her free time, Mrs. Bullock enjoys volunteering at her children's elementary school and coaching her son's basketball team, as well as skiing, hiking and playing basketball.

From 1997-2005, he served as the Executive Vice President- Mergers & Acquisitions for Fidelity National Financial Inc. During Greg's tenure, Fidelity acquired over 250 companies and grew from approximately $700 million in revenue to over $12 billion in revenue, and was eventually split into two Fortune 500 companies. Fidelity has consistently been named by Forbes as one of America's "Best Big Companies" and by Fortune as one of "America's Most Admired Companies."

Prior to joining Fidelity, Greg was a lawyer with the prestigious firms of Latham & Watkins in Southern California and Wilmer, Cutler, Pickering, Hale & Dorr in Washington, D.C., specializing in complex securities matters and mergers & acquisitions.

Greg is also actively engaged in a wide variety of private business ventures with William P. Foley, II, Chairman of the Board and Chief Executive Officer of Fidelity.

As Cascade County Attorney in Great Falls, John Parker brings intricate knowledge of Montana's criminal justice system to the Meth Project. He served three terms in the Montana House of Representatives, including posts as House minority leader and chairman of the Law and Justice Interim Committee. He helped pass legislation that increased penalties for Meth lab operators and established a jurisdictional basis for drug treatment courts.

Parker has won numerous trial convictions including operation of an unlawful clandestine methamphetamine laboratory, meth possession, in addition to winning convictions for a wide array of felony offenses. He supervises a team of 12 attorneys and 10 support staff.

In addition to his work on meth and other drug-related legislation, Parker helped pass legislation which expanded the definition of child pornography in order to protect more children from sexual predators, and creating the criminal offenses of money laundering and vehicular homicide while under the influence.

John Parker earned a Bachelor of Science Degree in Foreign Service from Georgetown University and his Juris Doctorate from the University of Montana.

Under his leadership, the Guard became very active in school anti-drug programs, with Guard/Reserve personnel visiting schools to educate students about the dangers of drugs. In addition, Gen. Prendergast helped create The Challenge Program at UM-Western, an alternative education program for at-risk youth.

Commissioned as a Second Lieutenant in 1967, General Prendergast progressed through the ranks, serving as Deputy Commandant of the Montana Military Academy. In 1990, he was appointed Chief of Staff of the Montana Army National Guard.

In addition to his military and defense-related honors, Gen. Prendergast has a Bachelor's degree from the University of the State of New York - Western Montana College and an Honorary Doctorate of Humanities from Carroll College.

Prior to joining BNSF, Barbara worked with the Montana Chamber of Commerce as Government Relations Director. She served under Governor Judy Martz as Director of the Montana Department of Administration and Ex-Officio State Treasurer in 2001 and then as Chief of Staff through 2004.

Mr. Siebel is the chairman and chief executive officer of C3 Energy, an enterprise application software company that enables energy companies to realize the full benefit of their IoT and system investments. C3 Energy applies the power of big data, advanced analytics, social networking, machine learning, and cloud computing to improve the safety, reliability, and efficiency of power generation and delivery.

Mr. Siebel was the founder, chairman, and chief executive officer of Siebel Systems, one of the world's leading software companies, which merged with Oracle Corporation in January 2006. Founded in 1993, Siebel Systems rapidly became a leader in application software with more than 8,000 employees in 32 countries, over 4,500 corporate customers, and annual revenue in excess of $2 billion.

Mr. Siebel serves on the College of Engineering boards at the University of Illinois and the University of California, Berkeley. He is a director of the Hoover Institution at Stanford University and is is an elected member of the American Academy of Arts and Sciences.

Mr. Siebel is a graduate of the University of Illinois at Urbana-Champaign, where he received a Bachelor of Arts in History, an M.B.A., and a Master of Science in Computer Science.

The Montana Meth Project is seeking leaders, ages 12 to 19, to join our Teen Advisory Council for the school year.

Each year, a dozen teens from both public and private high schools, work together to help prevent Meth use in their community while building organizational and leadership skills. 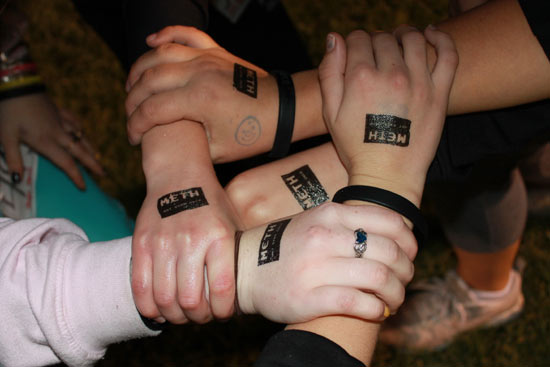 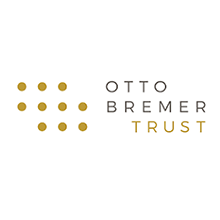 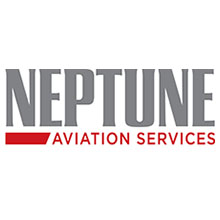 Thank you for your interest in the Montana Meth Project. For more information on how you can become involved in our work against Meth, visit the Get Involved page or contact us directly.